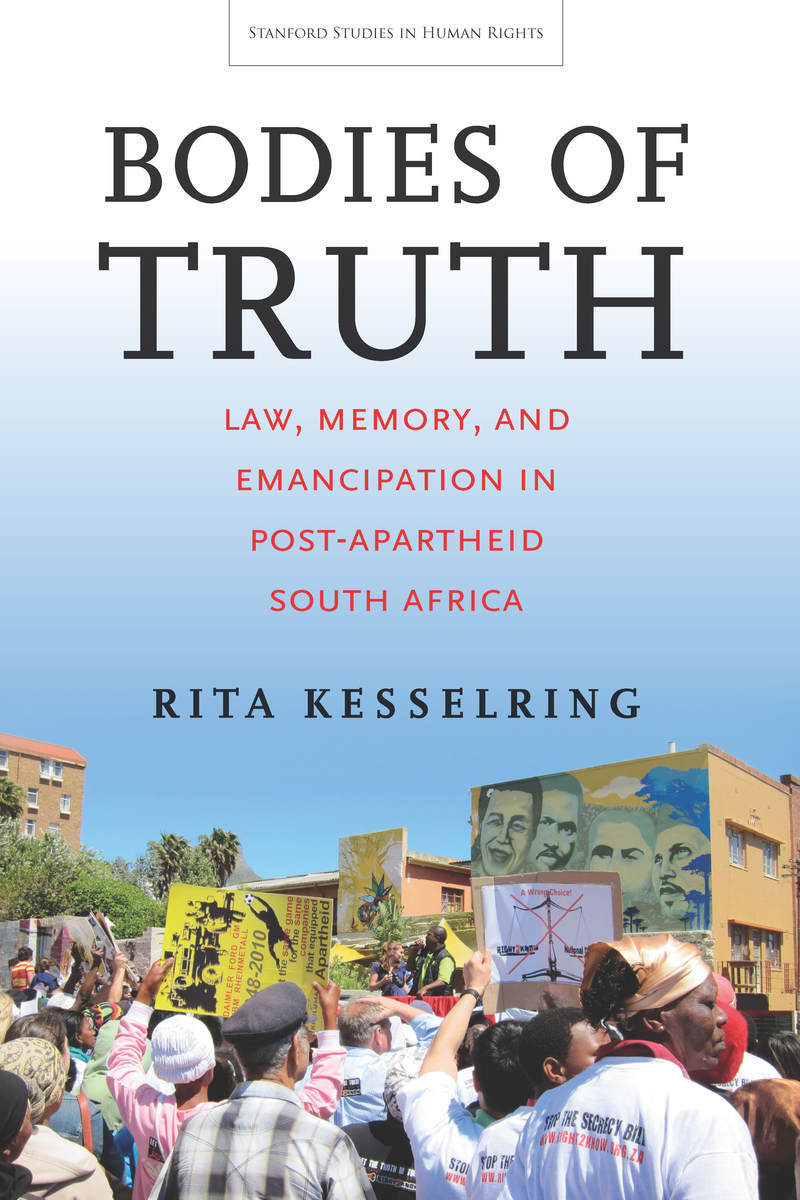 Bodies of Truth offers an intimate account of how apartheid victims deal with the long-term effects of violence, focusing on the intertwined themes of embodiment, injury, victimhood, and memory.

In 2002, victims of apartheid-era violence filed suit against multinational corporations, accusing them of aiding and abetting the security forces of the apartheid regime. While the litigation made its way through the U.S. courts, thousands of victims of gross human rights violations have had to cope with painful memories of violence. They have also confronted an official discourse claiming that the Truth and Reconciliation Commission of the 1990s sufficiently addressed past injuries. This book shows victims' attempts to emancipate from their experiences by participating in legal actions, but also by creating new forms of sociality among themselves and in relation to broader South African society.

Rita Kesselring's ethnography draws on long-term research with members of the victim support group Khulumani and critical analysis of legal proceedings related to apartheid-era injury. Using juridical intervention as an entry point into the question of subjectivity, Kesselring asks how victimhood is experienced in the everyday for the women and men living on the periphery of Cape Town and in other parts of the country. She argues that the everyday practices of the survivors must be taken up by the state and broader society to allow for inclusive social change in a post-conflict setting.

Rita Kesselring is Senior Lecturer at the Institute for Social Anthropology at the University of Basel, Switzerland.