Publication: Digitalization and the Field of African Studies 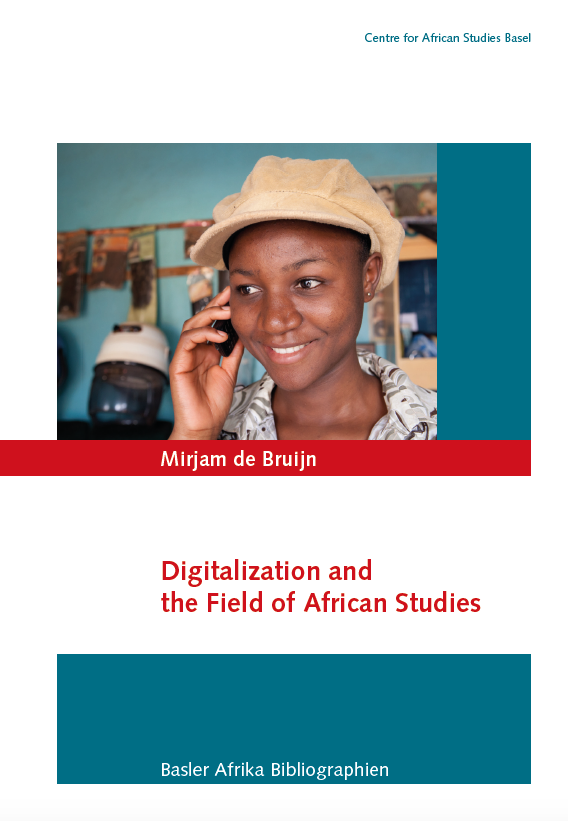 In the Carl Schlettwein Lecture 2017, Mirjam de Bruijn reflects on two decades of research experience in West and Central Africa and discusses how, for her, the field has changed.

Urbanization in Africa also means rapid technological change. At the turn of the 21st century, mobile telephony appeared in urban Africa. Ten years later, it covered large parts of rural Africa and – thanks to the smartphone – became the main access to the internet. This development is part of technological transformations in digitalization that are supposed to bridge the urban and the rural and will make their borders blurred. They do so through the creation of economic opportunities, the flow of information and by influencing people’s definition of self, belonging and citizenship. These changes are met with huge optimism and the message of Information and Communications Technologies for Development (ICT4D) for Africa has been one of glory and revolution. Practice, however, reveals other sides. Increasingly, academic publications show that we are facing a new form of digital divide, in which Africa is (again) at the margins.
These technological transformations influence the relation between urban and rural Africa, and between ‘Africa’ and the World, and hence the field of African Studies both in its objects as well as in its forms of knowledge production and in the formulation of the problems we should study. In this lecture, Mirjam de Bruijn reflects on two decades of research experience in West and Central Africa and discusses how, for her, the field has changed. The author was forced to decolonize her thinking even further, and to enter into co-creation in knowledge production. How can these lessons be translated into a form of critical knowledge production and how does the study of technological change inform the redefinition of African Studies for the 21st century?

Mirjam de Bruijn is Professor of Contemporary History and Anthropology of Africa, at Leiden University (The Netherlands). As an anthropologist she has done much interdisciplinary research on the interrelationship between agency, marginality, mobility, communication and technology in West and Central Africa, especially Cameroon, Chad and Mali, leading major research projects on Information and Communication Technologies (ICTs). In this connection she published numerous articles in scholarly journals and edited the volumes "The Social Life of Connectivity in Africa" (with Rijk van Dijk, Palgrave Mac Millan 2012) and "Side@Ways: Marginality and Communication in Africa" (with Inge Brinkman and Francis Nyamnjoh, ASC Leiden and Langaa 2013).