Publication: ‘Murdered Mozarts.’ Narrative of a Previous Malian Student Generation in the Era of the Crumbling State 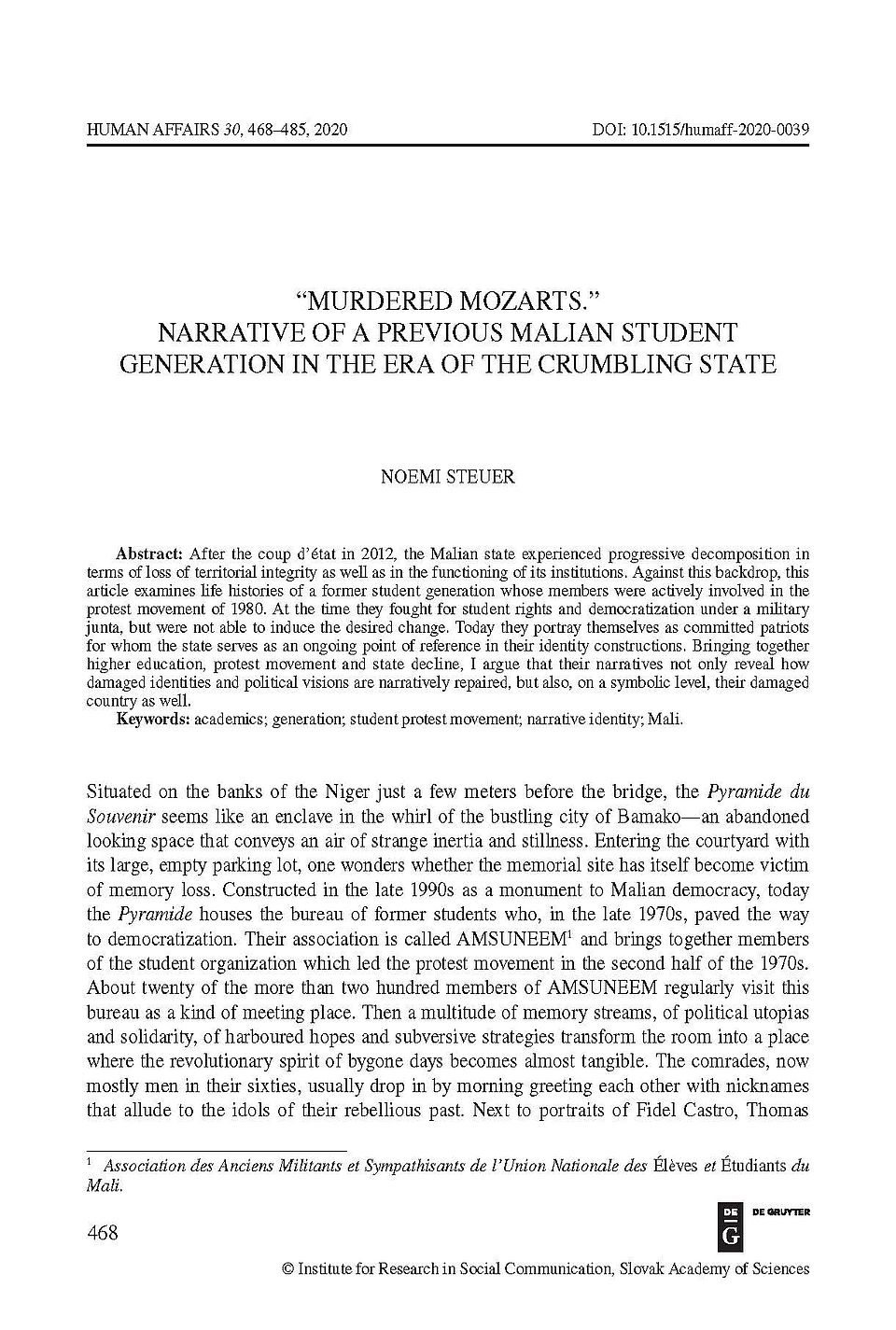 In her article, Noemi Steuer examines the life histories of former Malian students who were actively involved in the protest movement of 1980.

After the coup d’état in 2012, the Malian state experienced progressive decomposition in terms of loss of territorial integrity as well as in the functioning of its institutions. Against this backdrop, this article examines life histories of a former student generation whose members were actively involved in the protest movement of 1980. At the time they fought for student rights and democratization under a military junta, but were not able to induce the desired change. Today they portray themselves as committed patriots for whom the state serves as an ongoing point of reference in their identity constructions. Bringing together higher education, protest movement and state decline, I argue that their narratives not only reveal how damaged identities and political visions are narratively repaired, but also, on a symbolic level, their damaged country as well.

Noemi Steuer (1957-2020) was a social anthropologist working as a senior researcher at the Centre for African Studies. From 2013-2018 she was the coordinator of the research project 'Construire son Avenir' and headed the communication project 'Longing for the Future'. In the past two years, she coordinated IDEAS, a cooperation project between the universities of Bamako, Conakry and Basel. Additionally, she was engaged in managing and scientifically consulting theatre projects in many parts of Africa.

Noemi Steuer died on 14 July 2020 after severe and critical illness.