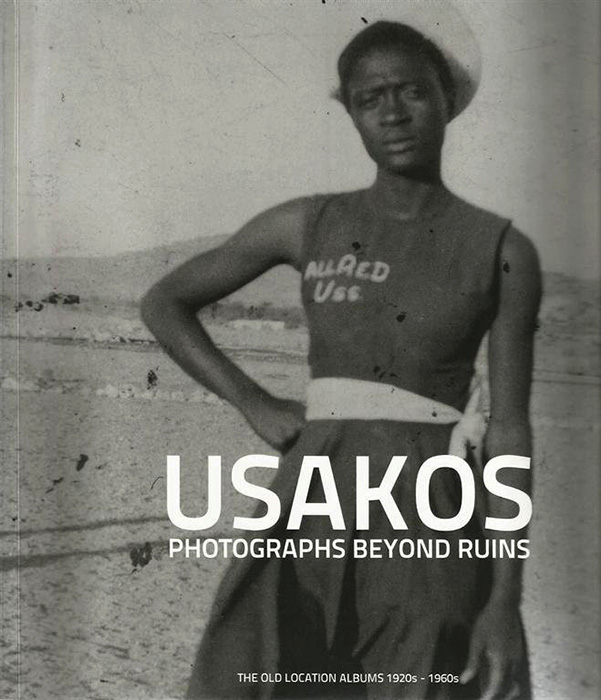 This full-colour exhibition catalogue of the exhibition Photographs Beyond Ruins focuses on a central Namibian town, Usakos. The town’s history is linked to the development of the South African railway system in Namibia.

The exhibition Photographs Beyond Ruins focuses on a central Namibian town, Usakos. The town’s history is linked to the development of the South African railway system in Namibia, which brought remarkable prosperity to Usakos in the 1940s and 1950s but which caused a major socio-economic decline in the early 1960s. During this time, the South African apartheid administration decided to transform the town according to racial segregation and apartheid urban planning by moving the African population out of their residential area into newly built, racially and ethnically segregated townships which were situated on the town’s outskirts.

The exhibition chooses a particular point in the history of colonialism and apartheid and of community building and forced removals. It places at its centre stage three private archives of photographic collections assembled over several decades by four women residents of Usakos. These photographs constitute personal albums, subjective narratives and aesthetic interventions in the course of a history that denied them visibility and voice as women, residents, citizens and human beings.

Representing the social, cultural and aesthetic variety of life in the ‘old location’ (‘ou lokasie’), the photographs inform the ways in which people relate to them today: with pride and a deep sense of nostalgia and loss. It is this reflection of the past in the present that characterises Paul Grendon’s photographs and which complements the display of the Usakos old location albums. Here, Usakos’ landscape emerges as a palimpsest of scar tissue: a place and space of colonial ruination, interwoven with histories and memories, silences and voices, absences and presences of those who lived and those who continue to make a living there.

This full-colour exhibition catalogue is a joint work by two historians (Giorgio Miescher and Lorena Rizzo), an exhibition curator (Tina Smith) and a photographer (Paul Grendon).