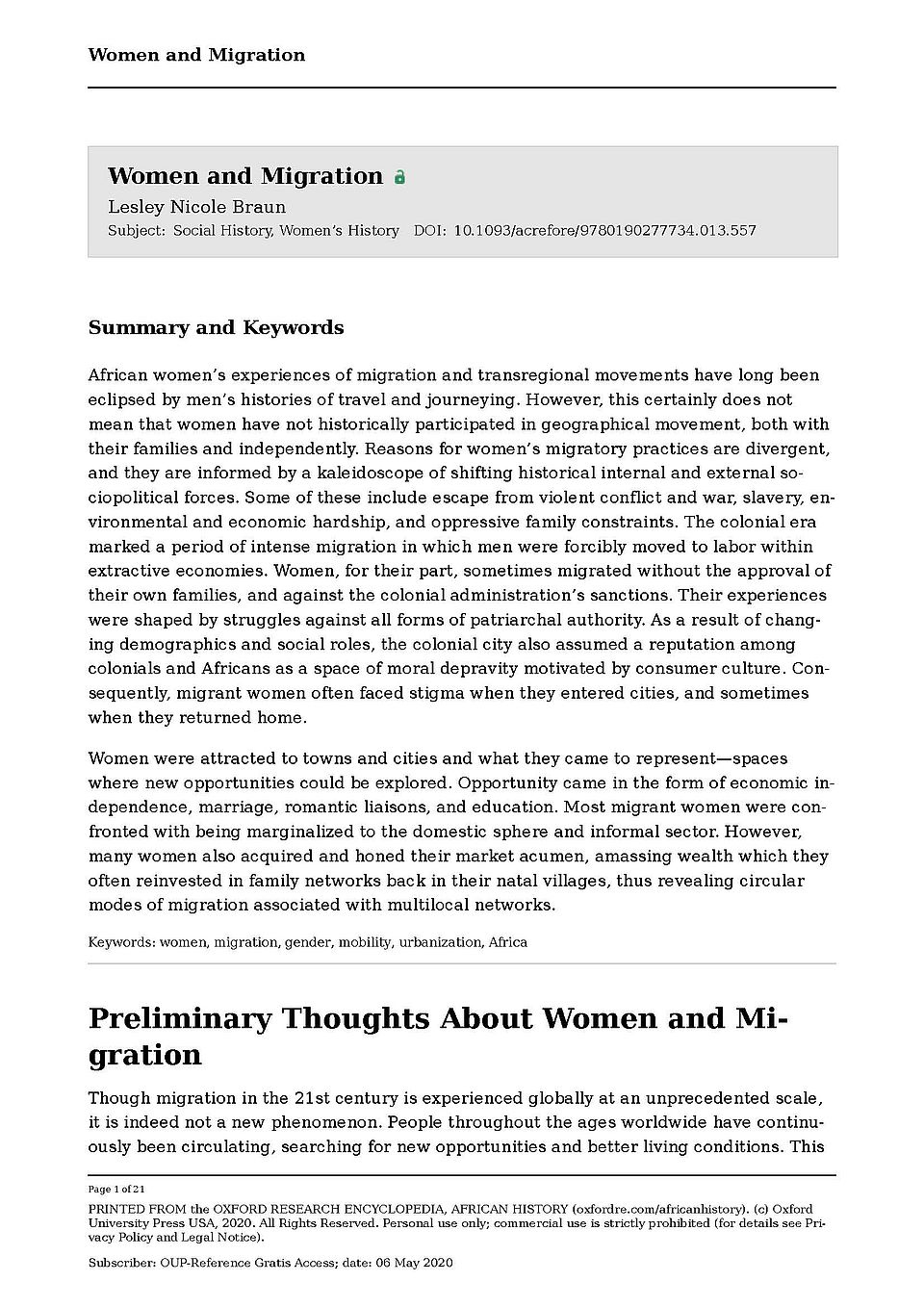 In her contribution to the Oxford Research Encyclopedia of African History, Lesley Nicole Braun explores African women’s experiences of migration and transregional movements during the colonial period.

African women’s experiences of migration and transregional movements have long been eclipsed by men’s histories of travel and journeying. However, this certainly does not mean that women have not historically participated in geographical movement, both with their families and independently. Reasons for women’s migratory practices are divergent, and they are informed by a kaleidoscope of shifting historical internal and external so­ciopolitical forces. Some of these include escape from violent conflict and war, slavery, en­vironmental and economic hardship, and oppressive family constraints. The colonial era marked a period of intense migration in which men were forcibly moved to labor within extractive economies. Women, for their part, sometimes migrated without the approval of their own families, and against the colonial administration’s sanctions. Their experiences were shaped by struggles against all forms of patriarchal authority. As a result of chang­ing demographics and social roles, the colonial city also assumed a reputation among colonials and Africans as a space of moral depravity motivated by consumer culture. Con­sequently, migrant women often faced stigma when they entered cities, and sometimes when they returned home.

Women were attracted to towns and cities and what they came to represent—spaces where new opportunities could be explored. Opportunity came in the form of economic in­dependence, marriage, romantic liaisons, and education. Most migrant women were con­fronted with being marginalized to the domestic sphere and informal sector. However, many women also acquired and honed their market acumen, amassing wealth which they often reinvested in family networks back in their natal villages, thus revealing circular modes of migration associated with multilocal networks.