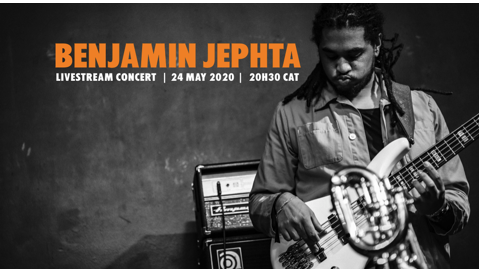 Bassist, composer and 2017 Standard Bank Young Artist for Jazz, Benjamin Jephta, has already become one of the premiere double and electric bass players in South A frica. His debut album, ‘Homecoming’ has received many accolades including a SAMA and Metro Award nomination and award for ‘Best Male Artist’ and ‘Song of the Year’ at the Wawela Awards in 2016. On his recent album The Evolution of an Undefined he fuses his love for jazz with hip hop, electronic and rock music, reflecting the influence of popular culture on young people in the 21st century.