Caravans of Gold, Fragments in Time 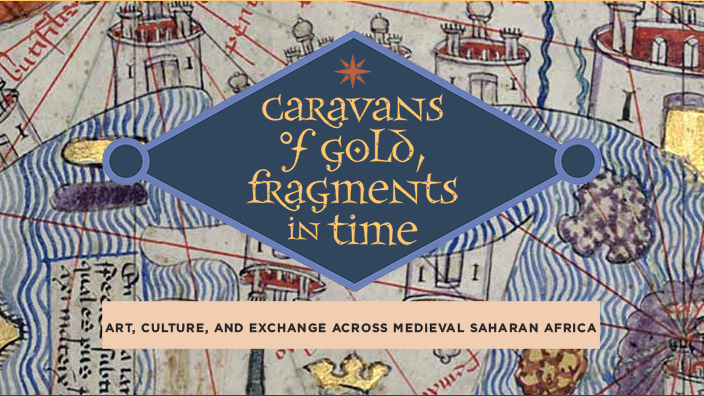 Gold from West Africa was the engine that drove the movement of things, people, and ideas across Africa, Europe, and the Middle East in an interconnected medieval world. As the incredible works in this exhibition show, it is not possible to understand the emergence of the early modern world without this West African story.

Caravans of Gold calls on what archaeologists have termed “the archaeological imagination”—the act of recapturing the past through surviving traces—to present a critical rethinking of the medieval period. Here, rare and precious archaeological fragments are seen side by side, bringing new understanding to complete works of art from the medieval period. The exhibition responds to pressing questions of our time: How can an art museum represent a past that is notable for its absences? How can museums make sense of a material legacy that exists only in fragments? What role does imagination play in resurrecting the past?

The reach of trans-Saharan exchange is revealed in the fragments excavated from archaeological sites, now uninhabited, that were once vibrant communities. In this exhibition, these “fragments in time” are placed alongside works of art and other materials that allow us to imagine them as they once were. They are the starting point for reimagining the medieval past—and for seeing the present in a new light.