Conference: Africa and the Academy in the 21st Century 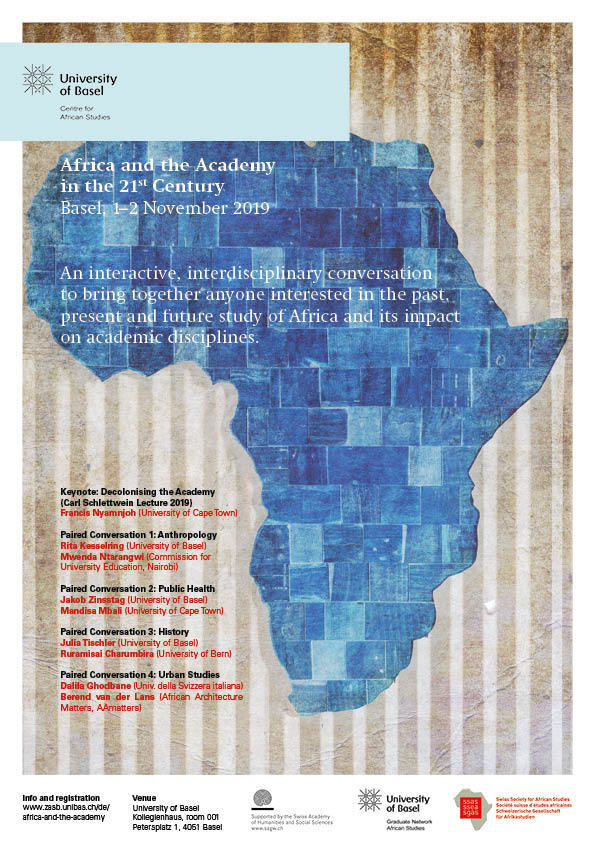 The conference invites the speakers and audience to reflect on a classical work in the field of African Studies, Africa and the Disciplines (V. Mudimbe, R. Bates and J. O‘Barr 1993), but also consider the present and future of African Studies, in particular in Switzerland.

25 years ago, the conference “Africa and the Disciplines” and the landmark publication that resulted from it, asked for Africa‘s contribution to the disciplines. It showed the extent to which Africa as an apparently marginal field of study had already contributed to the emergence of new topics and ideas in the respective disciplines.

The momentum created by these insights within broader academia was, unjustifiably, short lived. Especially so given that the study of Africa has not only contributed to the development of the disciplines; as an interdisciplinary field, but has also changed the character of what once were separate disciplines and brought them closer together.

Scholars became increasingly interested in the spaces between the disciplines. This interest, which is usually cast in terms of interdisciplinarity or transdisiciplinarity, has bred a wide range of new and interesting studies with stimulating findings. Africa has created new research fields that no longer fit into the existing disciplinary framework. This increasingly affects our view of what the social sciences and the humanities are about, the topics that they will need to address in the future and how these new fields shape our understanding of the academic landscape as a whole.

Over two days the conference will hold four interactive, interdisciplinary plenary sessions. Each session will begin with a 30-minute moderated “paired conversation” between two scholars of a particular discipline. The choice of two “classic” disciplines – Anthropology and History –, and two “modern” inherently interdisciplinary disciplines, Public Health and Urban Studies, – reflects change in the field of African Studies.

Each of the eight conversation partners was invited to reflect on a relevant chapter of the book Africa and the Disciplines, as well as their own experience in academia as an Africanist: How has the field developed since they started. What experiences have they had with non-Africanist colleague’s in academia who question the value of the study of Africa? What types of armour (intellectual or otherwise) have they developed, as a result?

Immediately following the “paired conversation,” to enhance the dynamic interactive and interdisciplinary purpose of the conference, the audience will be randomly divided into three to four breakout sessions where participants and panel speakers will consolidate the introduced topics in a concentrated group discussion. At the end of each session the audience will reunite for a moderated discussion in the plenary.

The first plenary session, which opens the conference, will introduce two anthropologists who strongly explore political themes in and who apply transnational approaches to their research and writing. Both remain acutely aware of the controversial history of the field of anthropology in doing so. However, Kesselring and Mwenda Ntarangwi are of two separate generations of scholars, exploring Africa from very different positions in the world.

The plenary session beginning with a conversation on public health brings two scholars with a strong track in transdisciplinary research in conversation with one another. Mandisa Mbali’s work has a strong historical focus tying her work to activism, wheras Jakob Zinsstag’s emphasis has been specifically in collaborating with health practitioners on the continent.

The plenary session starting with a discussion on history brings together two scholars of southern Africa who have centred the category of “race” in their work in different ways. Both have also started to contribute to the globalisation of African history. However, whereas Julia Tischler’s work has been shaped by comparative global history, Ruramisai Charumbira has looked to indigenous knowledges for their potential to inspire inclusive historical writing that feels true to a growing number of scholars in the field.

This plenary session shall start bridging the complex perspectives of Urban planning on the African continent, regarded as the world’s fastest urbanizing region. Architect Berend van der Lans, has already a solid experience through the numerous associations and educational projects that have pioneered in documenting the recent positionality of African architecture and political relevance in academia. Dalila’s field work in the Middle East and now in Northern Africa has a poignant focus on how microclimates and anthropological behaviours have crucial impacts on the quality of a healthy and sustainable city, fit for future generations. This joint panel discussion will be a keystone platform to explore how all the pending factors of urban planning can and should positively activate the new directions of safer, smarter and efficient urban environments.

Keynote address: Decolonising the Academy - a Case for Convivial Scholarship

On the evening of the first day of the conference, Francis Nyamnjoh (University of Cape Town), who has engaged extensively with the development of Social Science research in Africa, will present the Carl Schlettwein Lecture 2019.

Recurrent clamours by students and academics for universities in Africa, and elsewhere, to imbibe and exude a spirit of inclusivity are a continual reminder that universities can and need to be much more convivial. Processes of knowledge production that champion delusions of superiority and zero-sum games of absolute winners and losers are elitist and un-convivial. Academic disciplines tend to encourage introversion and emphasise the exclusionary fundamentalism of the heartland rather than highlight the inclusionary overtures of the borderland. Frequenting crossroads and engaging in frontier conversations are frowned upon, if not prohibited. The scarcity of conviviality in universities, within and between disciplines, and among scholars suggests that the position in and production and consumption of knowledge are far from neutral, objective, and disinterested processes. They are socially and politically mediated by webs of humanity, hierarchies of power, and instances of human agency. Given the resilience of colonial education in Africa and among Africans, endogenous traditions of knowledge are barely recogined and grossly underrepresented. Conviviality in knowledge production would entail not just seeking conversations and collaboration with and across disciplines in the conventional sense but also the integration of sidestepped popular epistemologies informed by popular universes and ideas of reality. Such scholarship is predicated upon recognising and providing for incompleteness as a necessary attribute of being, from persons to disciplines and traditions of knowing and knowledge making.

A final wrap-up session moderated by Didier Péclard (Université de Genève) will bring together all four external guests to look back on the two days of conversation. 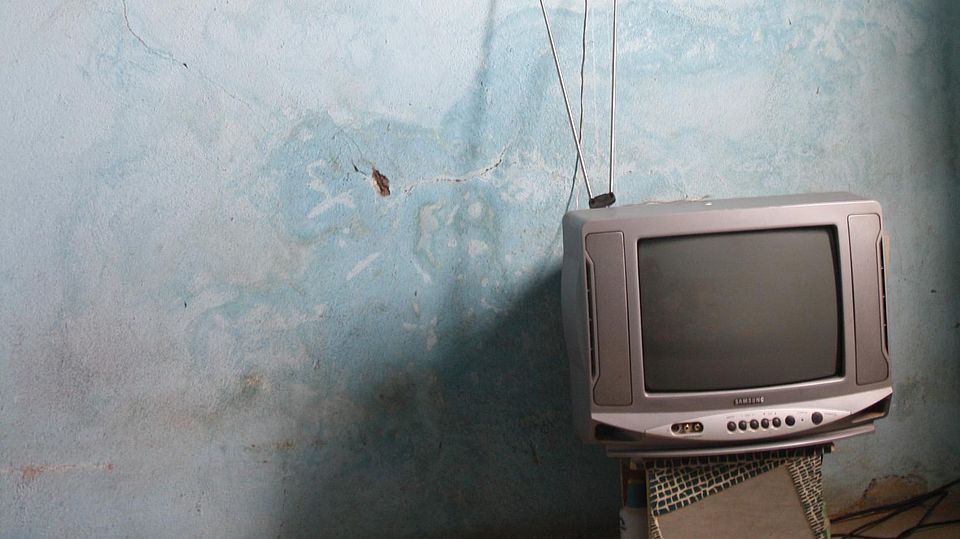 Exhibitions, lectures and concerts in your living room