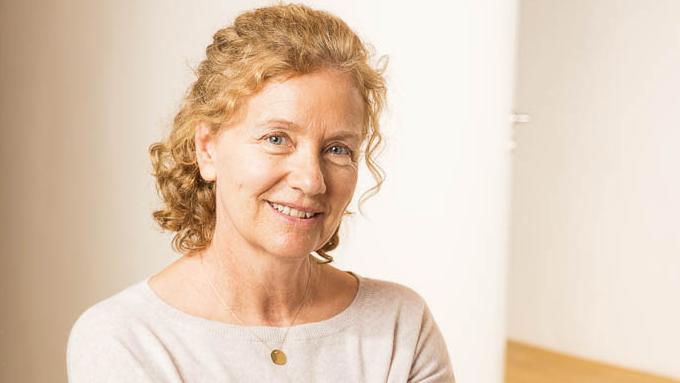 Saddened and shocked we have to bid farewell to our dear colleague Noemi Steuer, who passed away on 14 July 2020. A memorial will be celebrated on 6 August 2020.

Noemi Steuer died on 14 July 2020 after severe and critical illness. She passed away at her home with a smile and with gratitude for a full life.

We are thankful for and honoured by the way Noemi shared this truly blessed life with us at the Centre for African Studies, supporting her colleagues with help and advice. Noemi initiated and/or coordinated projects such as the SNSF project Construire son avenir and the associated project Longing for the Future and, most recently the project IDEAS supported by the foundation Movetia. As founding president of the Fondation Oumou Dilly she supported young researchers at African universities and in this connection enabled us to run the biennial CODESRIA-ZASB summer school in African Studies and Area Studies in Africa.

Noemi Steuer's captivating career, however, started in a different field. She was an actor trained at the Drama Academy Zurich (1976-1979) and for over two decades stood her ground on the theatre stage and on film sets and as producer.

Having earned a Bachelor in African Cultures and Languages at the University of Cologne she studied for a Master in Social Anthropology at the University of Basel (1997-2002). Her Master thesis discussed AIDS-discourses in Mali (Une maladie qu'on appelle sida à la radio).  She then continued her training at the NADEL in Zurich preparing herself for her sustained involvement as trustee of the foundation IAMANEH.

HIV-AIDS was also at the theme of her PhD-dissertation in Social Anthropology, which she defended at the University of Basel in 2011 and which was published by Transcript (Krankheit und Ehre. Über HIV und soziale Anerkennung in Mali).

Together with her friend and colleague Claudia Roth, who unfortunately passed away in 2013, she developed the SNSF project Construire son avenir. Youth, career practices and self-conceptions were the second research field of Noemi. Again, she combined this academic interest with philantropie. Dealing with Elusive Futures. University Graduates in Urban Africa was the title of a volume co-edited in 2017 with Michelle Engeler and Elísio Macamo closing off the research project Construire son avenir. This was followed in 2018 by the posthumous publication of the research of the late Claudia Roth under the title Urban Dreams. Transformations of Family Life in Burkina Faso (with Willemijn de Jong, Manfred Perlik and Heinzpeter Znoi).

Enthusiasm, perseverance and innovation combined with joviality, empathy and wit marked Noemi's involvement at the Centre for African Studies. We will dearly miss Noemi and convey sincere condolences to her husband Clemens Bechtel and all her friends and family.

A memorial will be celebrated on 6 August 2020 at 3.30 pm at Offene Kirche Elisabethen, Basel.