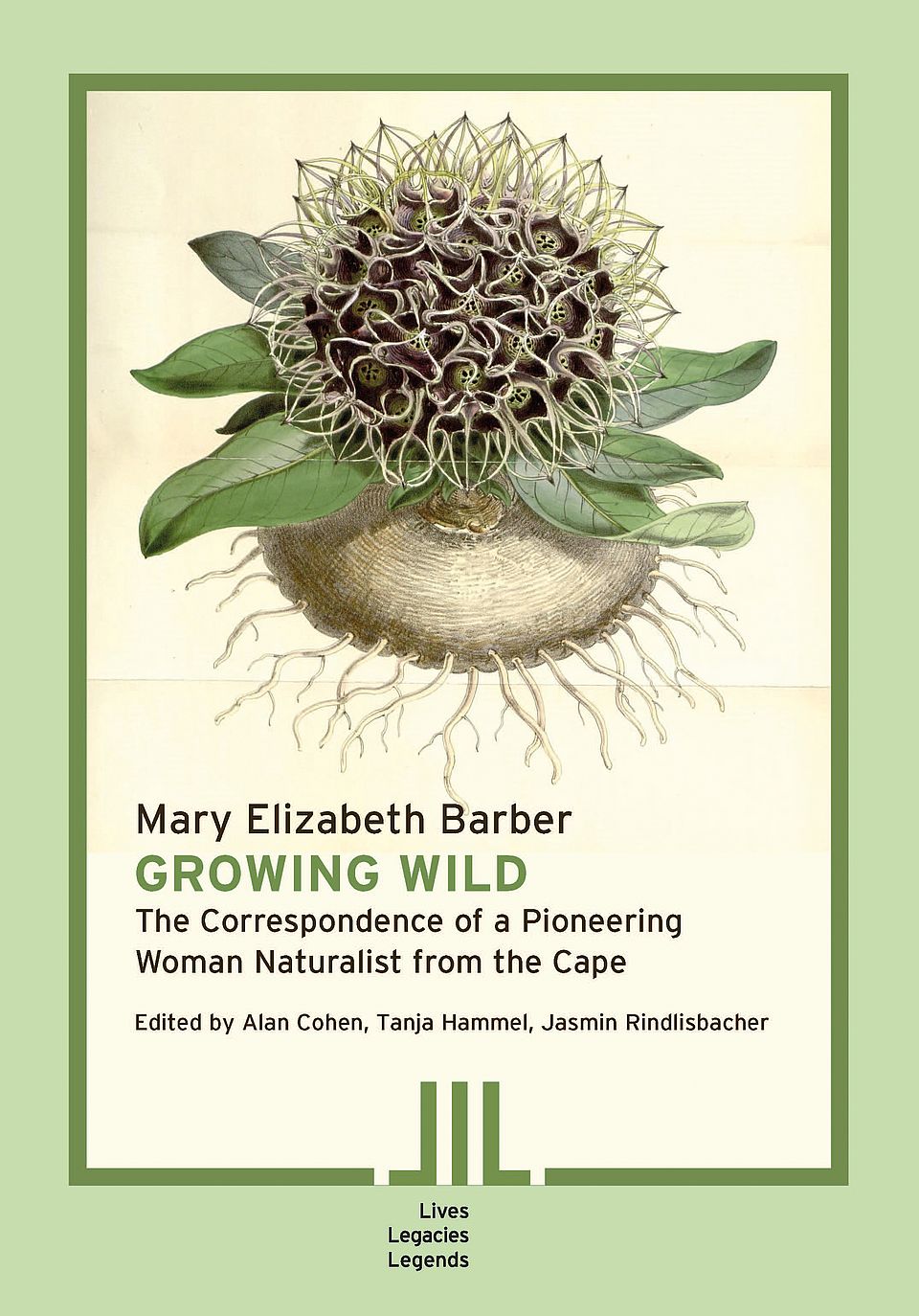 Mary Elizabeth Barber (1818–1899), born in Britain, arrived in the Cape Colony in 1820 where she spent the rest of her life as a rolling stone, as she lived in and near Grahamstown, the diamond and gold fields, Pietermaritzburg, Malvern near Durban and on various farms in the eastern part of the Cape Colony. She has been perceived as ‘the most advanced woman of her time’, yet her legacy has attracted relatively little attention. She was the first woman ornithologist in South Africa, one of the first who propagated Darwin’s theory of evolution, an early archaeologist, keen botanist and interested lepidopterist. In her scientific writing, she propagated a new gender order; positioned herself as a feminist avant la lettre without relying on difference models and at the same time made use of genuinely racist argumentation.

This is the first publication of her edited scientific correspondence. The letters — transcribed by Alan Cohen, who has written a number of biographical articles on Barber and her brothers — are primarily addressed to the entomologist Roland Trimen, the curator of the South African Museum in Cape Town. Today, the letters are housed at the Royal Entomological Society in St Albans.

The book includes a critical introduction by historian Tanja Hammel who has published a number of articles and published the monograph on Mary Elizabeth Barber "Shaping Natural History and Settler Society" (2019).

Publication: Window of the World: Sino–African Encounters through Copies and Simulations

Publication: Beware the Mineral Narrative: The Histories of Solwezi Town and Kansanshi Mine, North-Western Zambia, c. 1899–2020