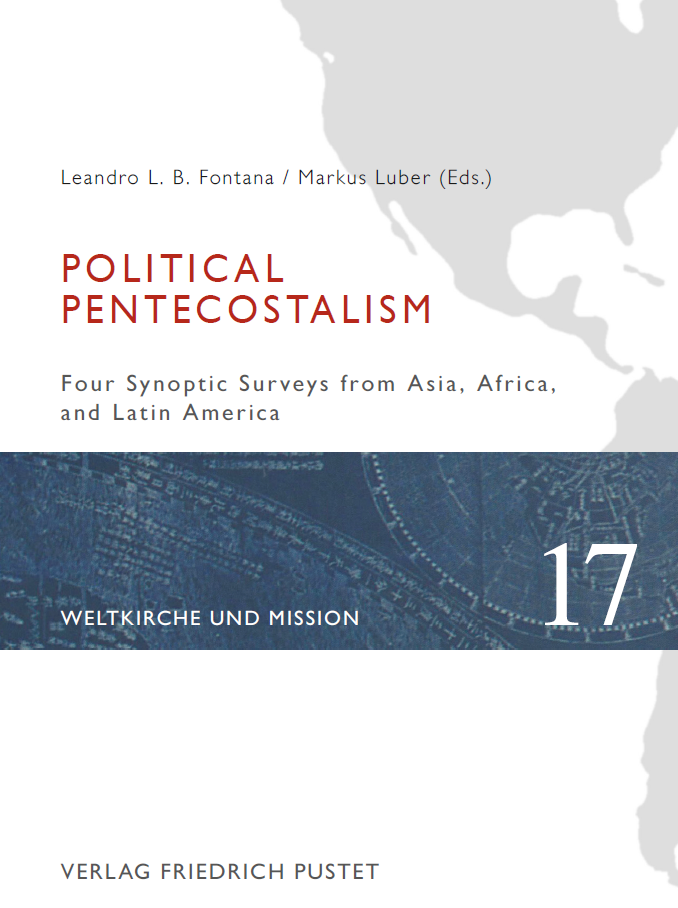 This book chapter by Andreas Heuser is a detailed study on the conceptual and operational framework of Dominion Theology, in an effort to make sense of the new interactions between Pentecostalism, politics, societal influence, and public sphere in Africa and worldwide.

The last decade has witnessed fundamental shifts in the relationship between religion and politics. In this light, religious symbols, motifs, justifications, and practices are increasingly noticeable in political discourses, as well as agendas, particularly in the Global South, with Pentecostal Christians standing out as salient actors. Performative practices enacted in political contexts such as the anointing of state authorities, prophecies, warfare prayers, etc. have drawn the attention of numerous scholars worldwide. The four surveys contained in this volume account for these developments in Africa, Asia, and Latin America, and synoptically engage with the following question: Can any meaningful nexus connecting multiple and apparently isolated nodes of Pentecostal engagement in the political sphere around the globe be identified? In addition, they do the groundwork for drawing parallels on a global level, on the basis of which new light can be shed on fundamental changes in Pentecostal actorhood and self-understanding. Thus, local developments and ethnographic studies are for the first time reflected upon from a global perspective.