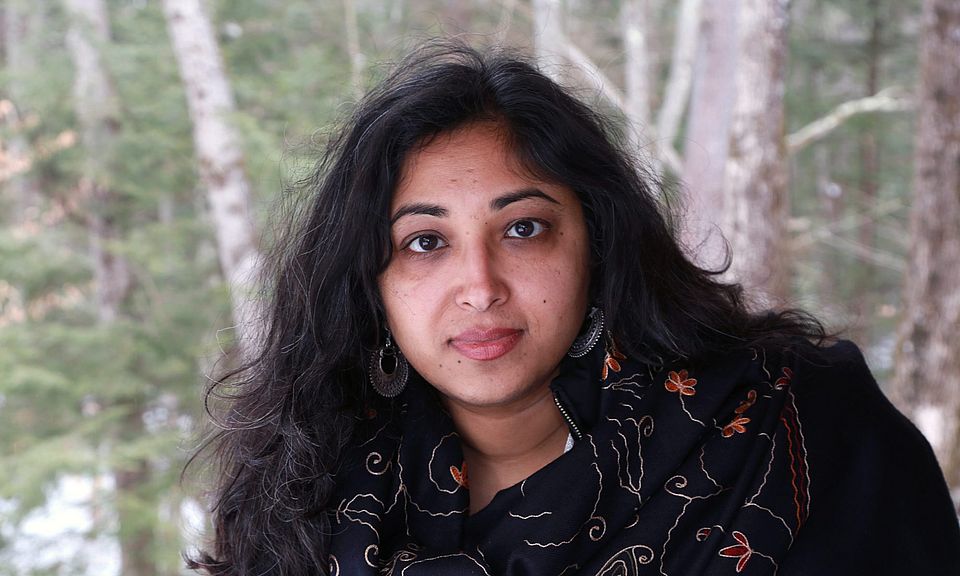 Gaiutra Bahadur is an American writer. She is the author of Coolie Woman: The Odyssey of Indenture, a personal history of indenture shortlisted in 2014 for the Orwell Prize, the British literary prize for artful political writing.  Her debut fiction, the short story “The Stained Veil,” appears in the anthology Go Home! (New York: The Feminist Press at CUNY, 2018).

Gaiutra was born in Guyana and emigrated with her family to Jersey City, New Jersey when she was six years old.  A lyric essay previewing her current book project, which explores the idea of America through its 20th-century entanglements with her home country, runs in the current issue of the Australian literary magazine The Griffith Review. It’s entitled “Tales of the Sea.”

The recipient of literary residencies from the MacDowell Artists Colony and the Rockefeller Foundation’s Bellagio Center in Italy, she is the winner of a national award for prose from the Barbara Deming Memorial Fund for American feminist writers and is a two-time winner of the New Jersey State Council on the Arts Award for prose writers. Her work as an independent scholar has been recognized and supported with fellowships from the W.E.B. Du Bois Institute at Harvard, the Schomburg Center for Research in Black Culture at the New York Public Library, the Society of Authors in London and the Eccles Centre for American Studies at the British Library.

For the first decade of her career, Gaiutra was a newspaper staff writer. She covered politics and government for the Austin American-Statesman and immigration, courts and the war in Iraq for the Philadelphia Inquirer. For her work as a daily newspaper reporter, she was awarded a Nieman Fellowship at Harvard in 2007-2008. She is currently an independent critic, essayist and journalist. The Pulitzer Center on Crisis Reporting and the Nation Institute’s Investigative Fund have supported her freelance reporting with grants. Her work has appeared in The New York Times Book Review, The New York Review of Books, Prospect Magazine (in the UK), The Virginia Quarterly Review, Lapham’s Quarterly, Dissent, The Boston Review, The Los Angeles Review of Books,  The Nation, Ms. Magazine, Foreign Policy, The Guardian, The Washington Post and elsewhere, as well as in the anthologies Nonstop Metropolis and Living on the Edge of the World.

Gaiutra earned a B.A. in English Literature with distinction from Yale University and an M.S. in journalism from Columbia University. She has taught Caribbean literature at City College of New York and, in Fall 2019, will join the faculty at Rutgers University-Newark as an assistant professor of journalism in the Department of Arts, Culture and Media.