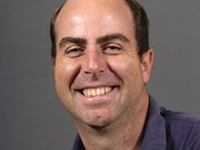 Jeremy Ball is an Associate Professor of History at the Dickinson College in Carlisle, Pennsylvania (US). He teaches courses in African political and ecological history, apartheid, the Atlantic slave trade, and human rights. His research focuses on the labor and business history of Angola, Portuguese colonialism, and oral history.

During my 2016-17 sabbatical, I will focus on the completion and submission to peer-reviewed journals of two articles: “Staging of Memory: Monuments, Commemoration, and the Demarcation of Portuguese Space in Colonial Angola,” and “’From Cabinda to Cunene’: Monuments and the Construction of Angolan Nationalism since 1975.” During the second half of the sabbatical I will concentrate on focused reading in the historiography of nationalisms and commemoration and will lay intellectual groundwork for a new book manuscript or edited volume tentatively titled Modes of Angolan Nationalist Commemoration. Finally, I will work with my editor at Brill to publish a Portuguese translation of my book, Angola’s Colossal Lie Forced Labor on a Sugar Plantation, 1913-1977 [Brill, 2015].

Significance of the Proposed Project

Angolan nationalism, especially since independence in 1975, and Angola’s commemorative landscapes are both fields with relatively few scholarly studies. The end of an intermittent civil war that lasted from 1975-2002 opened up the country to an exciting era of scholarly attention. Both of my proposed articles contribute to understandings of Angolan nationalism and how both colonial and independent governments used commemorative landscapes, particularly monuments, to articulate specific nationalist narratives. My article “Staging of Memory: Monuments, Commemoration, and the Demarcation of Portuguese Space in Colonial Angola” demonstrates how Portuguese leaders used monuments and film not only to create a historical narrative celebrating Portuguese settlement as the supposed beginning of Angolan history but also as a rhetorical means of impressing its citizens and African subjects with technological display. Strategically, the narrative presented Africans as heathens to be conquered and converted, with their presence often serving as an exuberant and exotic backdrop to Portuguese dignitaries.  This cultural form of imperialism tactically made use of both traditional and newer forms of commemoration to reinforce the image of benevolent colonialism. This is the only scholarly article to analyze the nationalist narratives of select colonial-era monuments.
My second article, “’From Cabinda to Cunene’: Monuments and the Construction of Angolan Nationalism since 1975” also makes an original contribution to studies of Angolan nationalism since independence and articulations of power through the lens of monuments. Public spaces officially honoring the heroes and heroines of independence have been erected around the city, often on the sites of former colonial-era monuments that have been removed, and they broadcast dominant political narratives that serve to honor and legitimize the ruling MPLA (Popular Movement for the Liberation of Angola). I analyze how three of Luanda’s most prominent monuments (the Agostinho Neto Mausoleum, the Kifangondo Monument, and the Museu Militar at São Miguel Fort) frame sanctioned nationalist narratives. An aspect of the paper I am still working out is whether there is space at these monuments or alternative locations for the articulation of conflicting nationalist narratives. Based on feedback received after presenting this paper at the European Conference on African Studies (ECAS) in July 2015, I will need to do additional research in order to ground the study in a growing historiographical literature about African nationalism that has emerged from the last wave of African independence in the 1970s and ‘80s.
The concept for a new book manuscript or edited volume tentatively titled Modes of Angolan Nationalist Commemoration is still in an incubational stage. What I am most interested in is the idea of examining different modes or strategies for memorial nationalism in Angola. These modes include “the monumental,” “performance,” “silences,” and “artistic expression.” One of the more interesting aspects of studying commemoration nationalism in an authoritarian state is to consider how monuments, for example, are often layered and multi-discursive. As I have now finished all writing projects related to my last wave of archival research, this project constitutes a new direction in my research.  Having dedicated time to read broadly in the literature, identify fresh or underexplored angles, and to consider potential archival repositories for the project are crucial to the next phase of my career.
Finally, I plan to work with Brill to publish a Portuguese-language version of my recent book, Angola’s Colossal Lie (2015), so that its research and the oral histories that form its backbone would be accessible to Angolans who do not speak or read English. This is important to me for ethical and historiographical reasons.