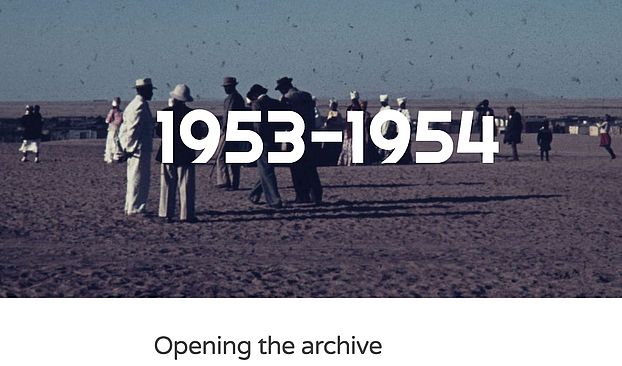 Sites of Contestation | Opening the archive

The Visual History Lab 2020 was concerned with the Ernst & Ruth Dammann Collection at the Basler Afrika Bibliographien. During their research in Namibia in the 1950s, the Dammanns made numerous sound recordings of African languages and took many photographs. Given its material richness and its intermediality the Dammann collection is one of the most interesting and complex collections on Namibia in Basel. In collaboration with colleagues at the archives of the Basler Afrika Bibliographien and the Museums Association of Namibia, students explored ways of making the Dammann collection more accessible to Namibian publics. To this end, they produced a website entitled Namibia 1953-54, which includes a list of names of all individuals who appear in the collection. Furthermore the website allows users to learn about the number of images and sound recordings available for each individual person, as well as the availability of written records. And finally, the website includes a number of profiles that provide a more detailed sense of the materiality and acoustic quality of the archival sources. Students contacted families of those documented in the collection and secured their permission to produce the profiles.These first contacts between students and Namibian publics showed that there was great interest in accessing archival collections and information they contain about relatives, friends or neighbours. The Museums Association of Namibia therefore agreed to launch the website during Heritage Week in Namibia in late September 2020. 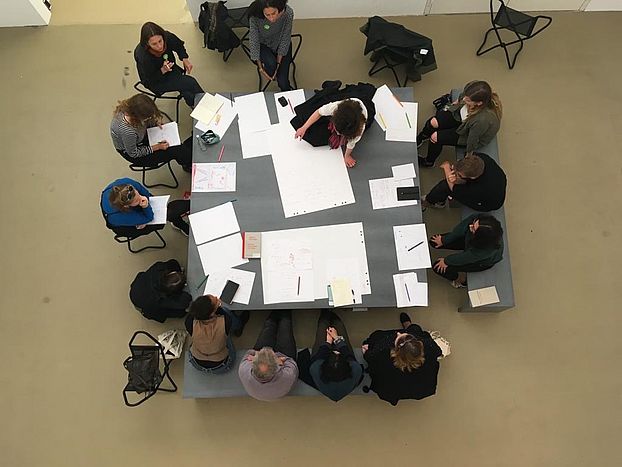 The Visual History Lab at the Centre for African Studies takes place yearly. It is a learning format, which allows students to spend one week working intensively on a particular topic. The lab ends with a public event, which students organise themselves.
The Visual History Lab 2019 is concerned with the William Kentridge exhibition at the Museum of Contemporary Art (Museum für Gegenwartskunst) in Basel, which is on show between June and October 2019. William Kentridge is one of the most renowned and internationally recognised South African visual artists. We will explore how 20th century South African history is addressed in Kentridge’s oeuvre, and situate him as an artist in the politics and aesthetics of South African artistic production, a critical domain in which questions of race, class and gender are negotiated in exciting and often provocative ways. Likewise, a Kentridge show in Basel will provide the opportunity to discuss if and how his art speaks to audiences in here, and in what ways the exhibition might invite us to think about the arts, race, class and gender in a Basel context. 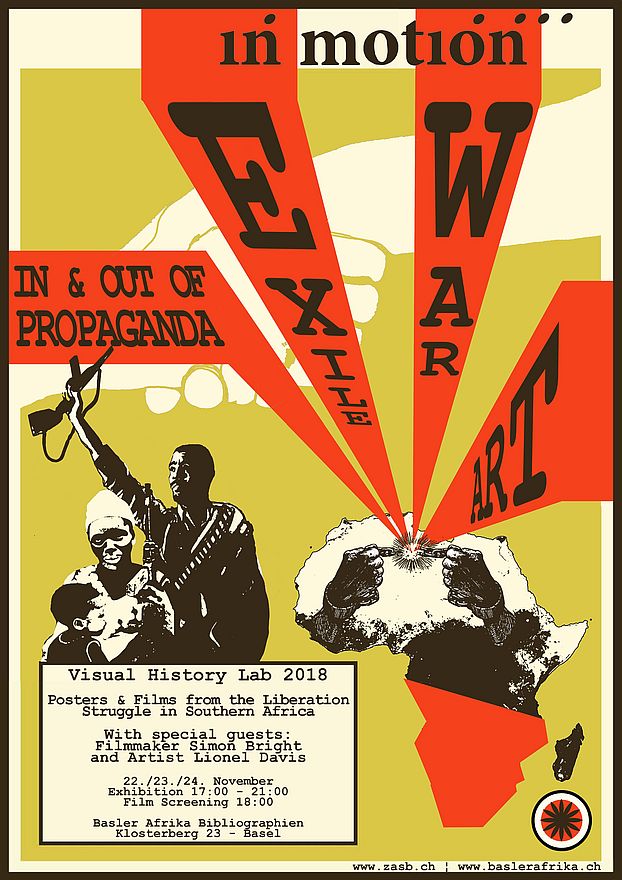 Posters and Films from the Liberation Struggle in Southern Africa

A poster is a medium of visual communication. A poster wants to catch the viewer’s attention and to sell a product, an event or an ideology. Being just a piece of printed paper posters communicate their message in an abbreviated form by using a few pictorial elements and/or some text. In the course of the 20th century posters played an important role in political propaganda especially in times of intense political struggles. Posters became a powerful weapon to denounce the opponent and to mobilise for one’s own cause. For opposition groups posters, easy to produce and distribute, were often the only available mass medium. Many of these posters testify to a powerful conjunction of art and resistance. Formal colonialism in Southern Africa only came to an end with the first general elections in South Africa in 1994. The decades before 1994 were marked by a long struggle for independence and self-determination against white minority rule. This struggle, fought with both military and political means, involved and heavily affected all countries of Southern Africa, next to South Africa notably Angola, Namibia, Zimbabwe, Botswana and Mozambique. Posters played an important role in these struggles, with various liberation movements and civil resistance organisations using this visual medium to achieve their goals in and beyond Southern Africa. The course introduces the work with posters using the poster collection of the Basler Afrika Bibliographien, which is one of the biggest collections of African posters. The participants acquire the methodological tools to do poster work and explore the potential of posters for history in general and the liberation history of Southern African in particular. In doing so we will critically engage with the visual propaganda of the struggle decades as well as with their legacy for today.